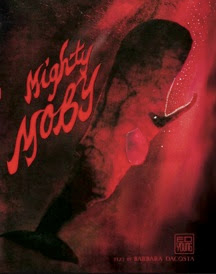 Take the sea voyage of your life in Ed Young and Barbara DaCosta’s latest collaboration, Mighty Moby! The creative team behind bestselling award-winner Nighttime Ninja have crafted another thrilling adventure, this time based on Herman Melville’s great novel Moby Dick. This classic American tale is retold in collages of pictures, prose, and song, along with a humorous twist. Available from Little, Brown August 1, 2017 at stores near you and online!
Available now for preorder!

“….Young and DaCosta have assembled a vivid and thoughtful introduction to Melville’s celebrated American epic.”  —Horn Book
at 8:13 PM No comments:

Shadow Puppet Theater in a Box! A Profound Lesson on Learning

How to encourage students to love the process of learning! Awesome work by students and teacher Maricela Montoy-Wilson alike! Here's an article to go with the video.

Pluto, a Blue Moon, and Go Set a Watchman

Thank you, everyone! What an honor!

The winners of the sixth annual Children’s Choice Book Awards were announced May 13 at a ceremony in New York City hosted by the Children’s Book Council. Book of the Year awards went to: Nighttime Ninja by Barbara DaCosta, illus. by Ed Young (kindergarten to second grade); Bad Kitty for President by Nick Bruel (third to fourth grade); Dork Diaries 4: Tales from a Not-So-Graceful Ice Princess by Rachel Renée Russell (fifth to sixth grade); and The Fault in Our Stars by John Green (teen). Jeff Kinney was named author of the year for Diary of a Wimpy Kid 7: The Third Wheel, and Robin Preiss Glasser was named illustrator of the year for Fancy Nancy and the Mermaid Ballet, written by Jane O’Connor.
at 9:24 PM No comments: 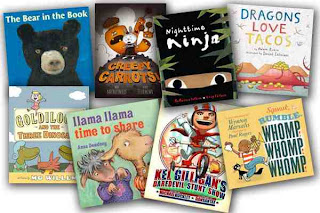 The prolific author James Patterson started a children's literacy project called Read Kiddo Read, and Nighttime Ninja is a picture book finalist among this year's books! You can vote here.http://www.readkiddoread.com/

Nighttime Ninja is also a finalist for the Children’s and Teen Choice Book Awards  the only national book awards program where the winning titles are selected by young readers of all ages, at www.bookweekonline.com. 30 finalists have been announced in six categories, representing kids’ and teens’ favorite books, authors, and illustrators of the year. Last year, almost 1,000,000 votes were cast, more than doubling votes from the previous year. Young readers can vote at www.bookweekonline.com or their votes may be tallied and entered by booksellers, librarians, and teachers into the group ballot at www.bookweekonline.com until May 9, 2013.
at 5:55 PM No comments: 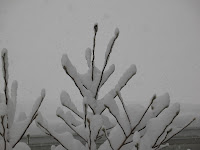 At times of overwhelming universal sadness, as we mourn the loss of so many lives in Sandy Hook, poetry sometimes captures things best:

When lilacs last in the dooryard bloom’d,
And the great star early droop’d in the western sky in the night,
I mourn’d, and yet shall mourn with ever-returning spring.


Ever-returning spring, trinity sure to me you bring,
Lilac blooming perennial and drooping star in the west,
And thought of him I love....

Walt Whitman's poem, an elegy to President Lincoln, can be found in its entirety in many anthologies, and online at the Poetry Foundation.
at 9:44 AM No comments:

When Azaleas Last in the Front Yard Bud: An Ode to Global Warming 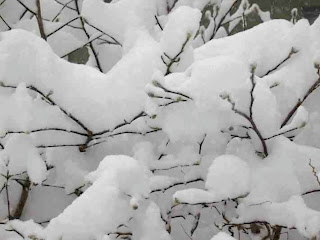 When azaleas last in the front yard bud,
Last week in an odd early winter heat,
Before the temperature did downward thud,
And snow crunched beneath my feet.

Landfillharmonic--Making Music Out of Trash

More inspiration for recycling: "Cateura, Paraguay is a town essentially built on top of a landfill. Garbage collectors browse the trash for sellable goods, and children are often at risk of getting involved with drugs and gangs. When orchestra director Szaran and music teacher Favio set up a music program for the kids of Cateura, they soon have more students than they have instruments. That changed when Szaran and Favio were brought something they had never seen before: a violin made out of garbage. Today, there’s an entire orchestra of assembled instruments, now called The Recycled Orchestra. Our film shows how trash and recycled materials can be transformed into beautiful sounding musical instruments, but more importantly, it brings witness to the transformation of precious human beings." See Landfillharmonic for more information and innovation!
at 11:49 AM 1 comment:

Cardboard Mania 3: The Proof is in the Box! 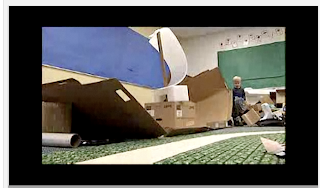 More proof that cardboard boxes are a more evolved species of toy and lead to more brain power:
A Wellington, Ohio schoolteacher opted for cardboard boxes instead of toys, and the kids didn't bat an eye...but instead, actually concentrated more.
"Kids who had trouble separating from their parents in the morning or just were quieter in the classroom, we have actually seen them become leaders and we have seen them grow,” Kaser said. It's not all about racing marbles and role playing; the teachers say that the kids are learning more than just playing with boxes.
"There are negotiations when one person says it's a hotel and someone else says it's a rocket ship, being able to solve those problems and also be flexible,” said Jill Webb, Head of Lower School at Wellington. NBC4
at 11:16 PM No comments:

As if Caine's Arcade wasn't enough, a man named Izhar Gafni has created a cardboard bicycle! Here's a video interview:

Maybe you've heard of Caine's Arcade....An enterprising young man with time on his hands and a lot of cardboard created a fun arcade that has spawned a whole empire, including the Imagination Foundation, which is sponsoring a "Cardboard Challenge" this October 6th. The goal is to stimulate imagination and creativity.
Without realizing it, I'd begun my own Cardboard Challenge this fall. It came about as a confluence of two events: the excitement of the release of my children's picture book Nighttime Ninja, and the mundane activity of cleaning house. When I began cleaning, I was a bit depressed to find large stashes of cardboard: boxes, sheets, tubes, you name it, some of it dating back more than thirty years! Why was I saving this? I wondered. What good is it? Why save it any longer? (To be fair, we didn't have recycling thirty years ago.)
Suddenly, it dawned on me.
NINJA!
I stayed up until the wee hours for several nights, getting crafty, creating Nighttime Ninja puppets and more! All it took was a bit of paint, and imagination.
Who knows what will come in handy? That's what I keep telling myself, at least....maybe I'll build a cardboard castle, or a cardboard car, or a cardboard arcade....
Meanwhile, try out the Cardboard Challenge yourself!
at 3:04 PM 1 comment: 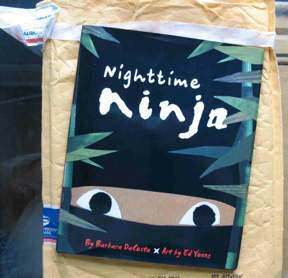 Nighttime Ninja is beginning to make its presence known! And what a more splendid welcome than a starred review in Publishers Weekly:

"[Barbara] DaCosta builds her debut on the scaffolding of the suspenseful adventure that turns out to be make-believe....The depth of feeling DaCosta and [Ed] Young give to the boy’s fantasy makes this a standout."

Ed Young and I enjoyed making this book. I hope that boys and girls everywhere (and ninja-like adults) will enjoy our "children's picture book thriller!" Look for it in stores September 18. 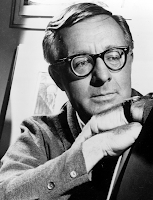 I was around twelve years old when I first read a story by Ray Bradbury. His work captured the mysteries of both the familiar and the world beyond. The wind blowing through small midwestern towns, the longing whistle of the train in the middle of the night, the oddities of the circus world, the trips to other planets, all rendered in thoughtful prose that did not call attention to itself. Instead, Bradbury used words to paint a picture, snatch an observation, catch an emotion.
Bradbury would have undoubtedly woven a terrific story out of the dusty copies of his works that I rescued from my parents' basement, books that were among the first that I purchased myself--for a quarter each--at a used bookstore later obliterated by urban renewal.
Were his stories fantasy or science fiction? To me, they were reality always taken a step further, asking  questions that should be asked, giving answers that provoked even more mystery.
Ray Bradbury's many works--Dandelion Wine, October Country, Something Wicked This Way Come, Fahrenheit 451, The Illustrated Man--stand as testament to a life of words well done.
at 9:02 PM No comments: 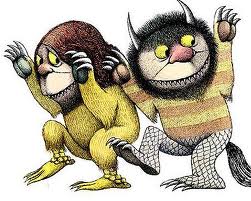 The word "genius" should not be bandied about too freely, but it certainly can be used to describe the immense contributions of Maurice Sendak to the world of children's literature. Sendak passed away May 8, 2012.
Born in 1928 to Polish Jewish immigrants, Sendak's childhood was shaped by the external forces of the Depression, World War II and the loss of much family in the Holocaust, and his own struggles with illness.
Sendak captured in his art and writing the knife's edge---the fears and delights that terrify and tantalize. His works are archived at the Rosenbach Museum in Philadelphia. Sendak can be heard interviewed by Terri Gross on NPR's Fresh Air. Barbara DaCosta writes for children and adults alike. Her children's picture book debut is Nighttime Ninja, illustrated by Caldecott Award-winning artist Ed Young (Little, Brown 2012) . Her debut as a mystery writer came with the short story "Cabin 6" in the anthology Resort to Murder, edited by Minnesota Crime Wave. Meanwhile, she's putting the finishing touches on her novel Death by the Depot—the tale of a murder, the search for a missing man, and the uncovering of a nest of crime at a nursing home—features Thea Franco, a hardworking, overly curious, detail-oriented researcher with a stable of quirky clients---divas, dealers, teachers, historians, waitresses, and lawyers. Sometimes, though, Thea finds she’s taken on way more than she can handle….

• By the way, DaCosta rhymes with "the coast-ah," and is spelled DaCosta (i.e., not Da Costa, Dacosta, or DeCosta).
• You can reach Barbara at barbaradacostaauthor at gmail dot com (substitute symbols). 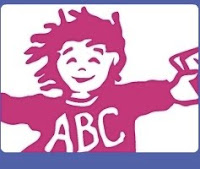 • Children's specialty bookstores satisfy the youngster's craving for reading and learning and are just fun places, period! Here's a link to the Association of Booksellers for Children.

• Mystery bookstores provide you with great selection, author appearances, expertise, and more! Here's a link to the Mystery Booksellers Association.

• Barbara is an enthusiastic user of Scrivener Software--created by a writer, for writers. Visit the Scrivener site for more information.

BOOKSTORES for YOU to EXPLORE